< Photo essay: In the name of the holy cow - A perspective from the farmers (...) - Mainstream Weekly

Photo essay: In the name of the holy cow - A perspective from the farmers of Bah | Md. Kaunain Raza & Nafis Haider

This photo essay is part of an ongoing reporting on the cow protection and politics around the holy cow in contemporary India.

The authors hold the copyright of all the photographs included in the photo-essay. 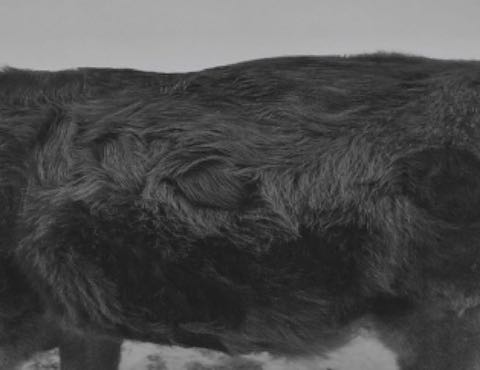 Image 1 credit: Md Kaunain Raza. The Picture show the fur of a stray cow roaming on the street of Bah, Agra.

The politics of Cow holds an ever looming presence in the social imagination of India. Though the issue was always present, but since the time of Modi government, the issue of the protection of cows have reached at a point of polarization between Hindus and Muslims. This phenomenon is explicitly visible in Uttar Pradesh under Yogi Government after 2017.

The coming of BJP at the centre in 2014 and Uttar Pradesh in 2017 saw the subsequent rise of cow vigilante groups which function both informally as well as at formal level, claiming to work in close collaboration with the police in curbing the illegal slaughter of cow.

Though in 2017, the Supreme Court ruled that each state should appoint a police inspector in each district who take strict action against these cow vigilantes, but no such policy has been proposed by the governments and in lack of such control over cow vigilantes, they have created a de facto cow terrorism.

The cow terrorism has paved the way for bifurcation of communities on communal lines, and tacitly giving communal validation for the lynching of Muslims and Dalits for allegedly eating beef or slaughtering cows. 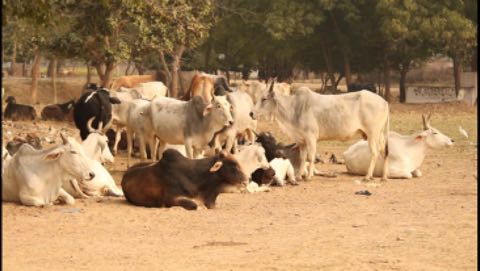 The work of cow vigilantes who claim to labour for the betterment of the condition of cows cannot be far from truth when the condition of cows are considered in the region of Bah, a Vidhan Sabha constituency in Agra. These cow vigilantes threaten people and farmers and stop any trade of cows who are not producing milk in the areas. This has become a problem for the farmers who are unable to keep the unproductive cows with them as it cost them money and don’t give any profit. So, these farmers are forced to leave such cows on the streets as stray. This has produced a result where there are more stray cows and without any proper mechanism to shelter them, they have become a threat to the fields of the farmers. The people of Bah primarily rely on farming and live stocks for their livelihood. The issue of cow was a fundamental factor in the victory of BJP in Bah in the Assembly election of 2017. One of the many promises in the manifesto of BJP was for the protection of cows. It was said that ‘Gaushalas’ will be constructed which will serve as safe haven for the holy cow. But, the promises are still not fulfilled and people are kept in wait.

The government’s ban on slaughter of cow have increased the percentage of stray cows by 117 per cent in rural UP in 2019 and without any proper shelter and availability of food, these left-outs and un-mastered cows on the streets, have become a menace for the people. 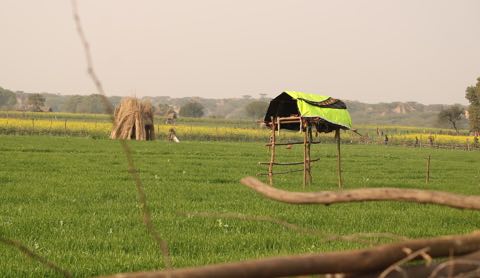 Bah covers the region of Chambal and in the absence of any industrial development and employment opportunity, the people primarily rely on farming and live stocks as their livelihood. But the ban on slaughterhouses and the unofficial ban on their trade, stray cows have become a menace for the farmers. Due to the excess of the number of stray cattle, farmers are facing a lot of problem. Cattle which lose the capacity to give milk are left on the streets where they roam and destroy the fields, graze the crops causing much damage to the farmers. “The problem of stray cattle is so big, some farmer lose their entire crop because of them.” A village farmer informed. He added, “We have to wake up all night to protect our fields. We are using everything but to no avail.” 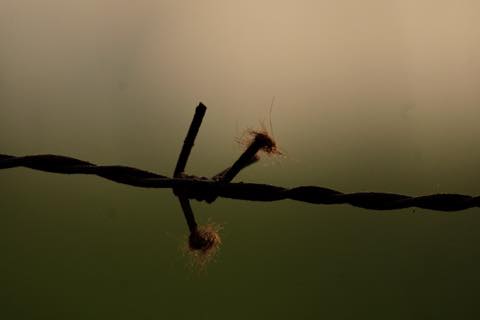 Local told us that, “Farmers here cannot stay at their home. Even in winter, we have to guard our fields from the animals. Every day some or the other accident happen causing loss of life. This aggravates in the winters, because of the fog causing more accidents because of the stray cattle”. This area is purely agrarian in nature. 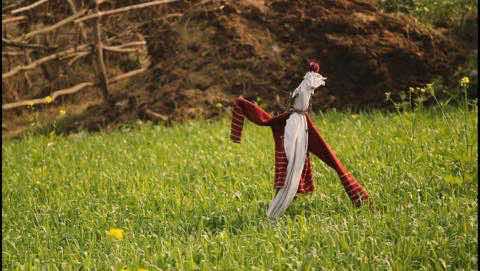 Image 5 credit: Md. Kaunain Raza. Scarecrows are installed in the fields to scare away cows and other stray animals to protect the crops from grazing

The livelihood of farmers depend on the safety of their crop for which they use wires, and fencing to protect their fields. Even after multiple visits to Lucknow, their issue has not been addressed by the government. “Yogi Government promised us gaushala, but no action is visible on the ground. It is not that we do not support cow protection, but there should be proper place for them to take shelter, otherwise they will just become a problem for us”. 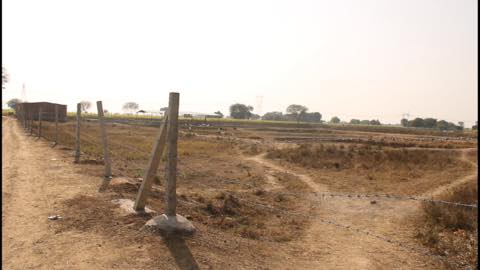 Image 6 credit: Md. Kaunain Raza. The picture shows the area allocated for the construction of gaushala. The land does not have any facility for sheltering cows and no caretakers.

Yogi government after 2017 proposed to build cow protection centers and new gaushalas which will serve as safe haven for cows who are left on the streets. According to a report of Article-14, the government spend around Rs 764 crore from 2017 to 2020 on gaushalas. In 2021-22, the government allocated Rs 390 crore for the maintenance of gaushalas, but the people are still oblivious of any gaushala in the area. 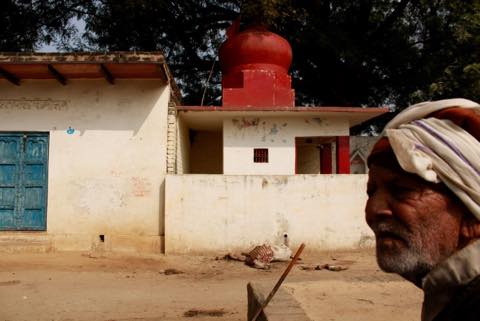 Image 7 credit: Md. Kaunain Raza. The picture shows dead cow lying in front of the temple with no authority to take it away.

Ram Charan said, “The authorities do not actually care about cows. A few weeks before, a dead cow was found to be lying in front of a temple in the middle of the village, named Chaubepura, Bah. The villagers had informed the authorities but no one came to take any action. We told the police that the cow was lying for day, right in front of the temple but no one was coming to take it away.” 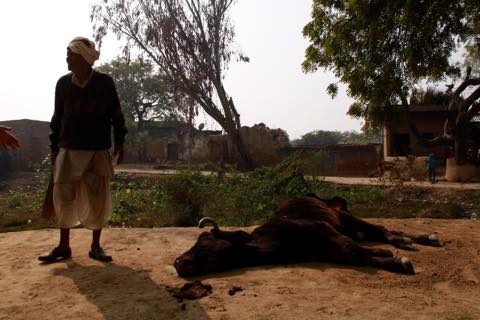 Image 8 credit: Md. Kaunain Raza. Dead stray cows lying on the roads and inside the village, a not so common sight in Bah due to lack of proper disposal of dead cows by the authorities.

“The yogi government fooled us. They have not done anything for us and our concerns. Our cows die almost every day on the streets because of some accident. People have also died. But, nothing concrete has happened” Amit, a local farmer spoke to us. 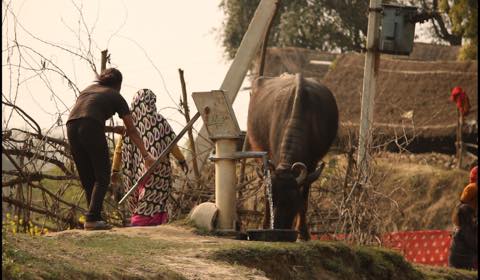 Image 9 credit: Md. Kaunain Raza. Stray cattle roaming inside the village and disturbing their daily routine have become normalized in the lives of the farmers of Bah.

Locals spoke of the condition prior to UP election, 2017 when cows who become unproductive were sold hence there was no issue of stray cattle roaming on the streets and eating the crop. But that situation was disturbed by the magnification on the issue of cow protection by the present government. Presently, such situation has occurred that there is nowhere these cattle can be kept or sold. Hence, the issue of crop grazing cattle has gained so much importance in the area. The continuous lynching that was done in the name of cow has developed fear in the minds of people here, who are caught in the perplexing condition where they cannot even sold the cow or keep it for themselves. So they let it roam un-mastered causing much distress to the farmers and their fields. 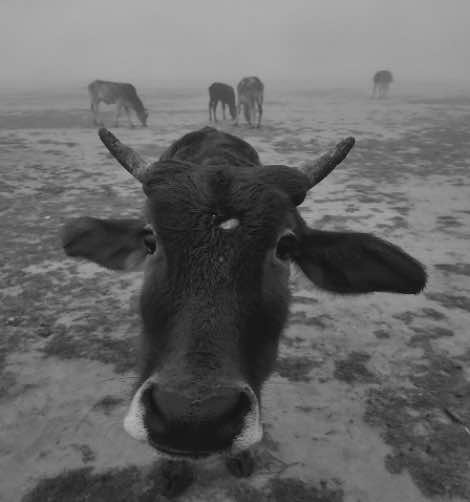 Image 10 credit: Md. Kaunain Raza. Stray cows roaming on the fields and grazing on the crops in the morning

Though an ordinance was cleared by the UP government on 2020 that prevent the slaughter of cow, with 10 years of rigorous imprisonment or Rs. 5 lack fine for putting life of a cow in danger, but in the absence of any gaushala to shelter them, the question still remains where they will go. That is not addressed by the present government.

The ordinance which was passed will prove to be detrimental for the farmers, furthermore aggravating their concern. With this ordinance, rules for the protection of cows will be strengthened without providing adequate measures for the safety of the fields. Without any proper rehabilitation, increase in the number of cows will add to the woes of the farmers. Farmers are in distress and waiting for the government to take action on the matter. 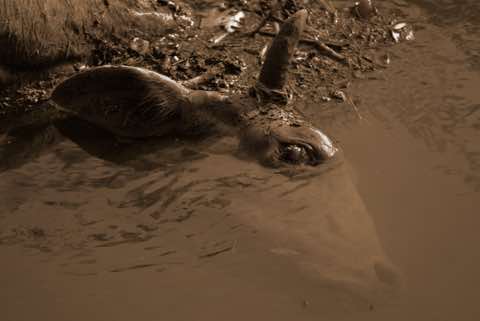 Image 11 credit: Md. Kaunain Raza. Dead cows are dumped in a local sewer. There is no proper disposal of dead cows, in absence of which cows are found lying dead, floating over the sewer 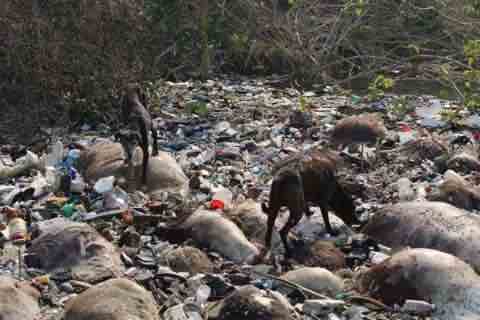 Though the government has consistently denied any such problem, stating that cows are being properly handled under gaushalas, the reports on the ground speak a different picture. The condition of cows have actually deteriorated rather than improved as there is no body to look after their maintenance. This problem does not stand alone as the farmers are the worst hit by the increase in the population of stray cows. The inaction of the government on the critical question of cow maintenance and protection while at the same time looking after the concerns of farmers is indicating that the politics of cow is just another category for electoral mobilization of Hindu community who perceive cows as sacred to create a polarization for winning election.